Products /
PANACOR Noise Barriers
Panacor 2000 Noise Barriers is the registered product of PANACOR XXI S.L., Spain, Panacor began manufacturing Noise Barriers in 2004 in its native country of Spain and has since then expanded its operations to all over Europe.

Panacor Noise barriers are tested and approved in accordance with European Standards EN:1793 and EN:1794 and are CE Certified as well. The Panacor systems are installed in over 10 countries worldwide with India being its latest addition.

Although it is impossible to eliminate Noise Pollution the PANACOR Systems are designed to successfully control and reduce Rail and Road Noise Pollution bringing them down to acceptable limits. 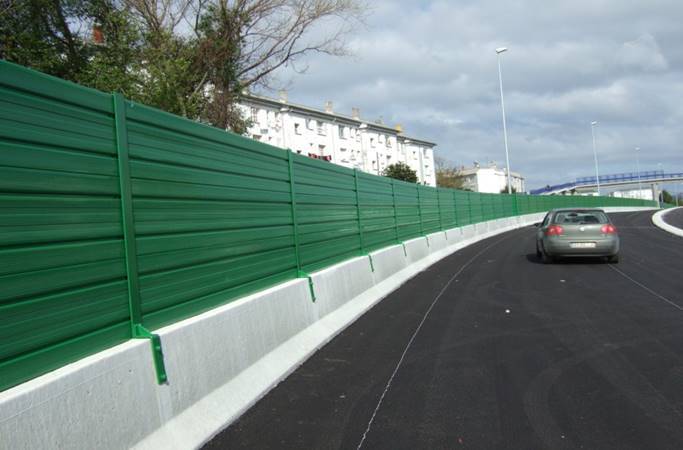 Mixed / Hybrid Noise Barriers
In Locations where it becomes Imperative to Provide Certain Amount of Transparency to the Barrier Wall the PANACOR Hybrid System which offers both Transparent as well as Metallic Panels is ideal.
Compliance

It is imperative for Acoustic Barriers to be tested not only for Noise Abutment Properties but as well as Physical Properties as poor physical properties would make them a Safety Hazard on Road Side Installations, it is for this reason that the European Union mandates testing to both:

The PANACOR Systems are CE Certified and comply with the standards set out in EN-1793 and EN-1794.